Mahabalipuram was the earlier name of Mamallapuram because the demon king Mahabali was killed by Lord Vishnu. The name was changed later by the king of Pallava Narashima Varman who has got the title of Mamalla; the great wrestler.

Mahabalipuram lies on the Coromandel Coast which faces the Bay of Bengal. This is an elegant place to watch which a well established sea port was during the 7th and 10th centuries of the Pallava dynasty. This was the second capital of the Pallavas who ruled Kanchipuram. Formerly, mahabalipuram was known and called as Mahabalipuram. The former name of this place ‘Mahabalipuram’ has a history. A very rude cruel king Mahabali reined this place and in a fierce battle king Mahabali was killed by Lord Vishnu and the place was named after the dead, arrogant kind Mahabali.

After the decline of the Gupta Dynasty, the pallavas rose to the pioneer in south India. They ruled over from the 3rd century till the end of the 9th century A.D. The best period of their rule was between 650 and 750 AD and this period was called the Golden Age of the pallavas. The pallavas were very powerful. They were profound thinkers.

It was during the rule of the pallavas, great poets, dramatists, artists, artisans, scholars and saints emerged. As one can say that the pallavas are the pioneers and forerunners of new styles both in art and architecture and mahabalipuram is the best place to praise off their skill and talent. New sculptures and unique paintings were innovative and exuberant. This place mahabalipuram itself became their exploring field and they made the best use of the resources. They game a shape and creative energy to what they imagined. It became a dream come true as it witnessed innovations in all styles.

The richness in mahabalipuram was not known to many, as these pallavas did not outlet and expose their quality and innovative creations to the outer world for obvious reasons. The aestheticism in mahabalipuram was hidden until the late 185h century. What is special about mahabalipuram? Of course every one can point out the rock – cut caves, temples made from a single rock, temples and strives of different structures, and bas-reliefs which are so artistic and sheer creativity. Mamallpuram is referred as an ‘open-air museum’. The great pallava kings Narasimha I and Rajasimha have well preserved these stylistic qualities that one enjoys in mahabalipuram even in the present day.

The beauty of the place is not only due to these architecture but the vast casuarinas trees, the silvery sandy beach the classical hand male crafts around have made them all to form what is a collective splendor. Any visitor who visits mahabalipuram will remain startled and intoxicated with the grandeur. They feel hand hearted and more out from this historical and fascinating tourist spot. 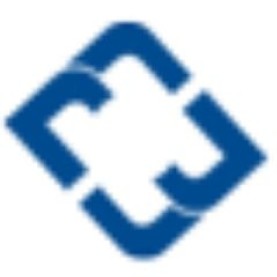 Lets connect with Me